Augmented reality (AR) is an interactive experience of a real-world environment where the objects that reside in the real world are enhanced by computer-generated perceptual information, sometimes across multiple sensory modalities, including visual, auditory, haptic, somatosensory and olf

Augmented Reality (AR) is one of the biggest technology trends right now, and it’s only going to get bigger as AR ready smartphones and other devices become more accessible around the world. AR let us see the real-life environment right in front of us—trees swaying in the park, dogs chasing balls, kids playing soccer—with a digital augmentation overlaid on it. For example,  a pterodactyl might be seen landing in the trees, the dogs could be mingling with their cartoon counterparts, and the kids could be seen kicking past an alien spacecraft on their way to score a goal.

With advances in AR technology, these examples are not that different from what might already be available for your smartphone. Augmented reality is, in fact, readily available and being used in a myriad of ways including Snapchat lenses, in apps that help you find your car in a crowded parking lot, and in a variety of shopping apps that let you try on clothes without even leaving home.

Augmented Reality can also be found in:

Many modern devices already support Augmented reality. From smartphones and tablets to gadgets like Google Glass or handheld devices, and these technologies continue to evolve. For processing and projection, AR devices and hardware, first of all, have requirements such as sensors, cameras, accelerometer, gyroscope, digital compass, GPS, CPU, displays, and things we’ve already mentioned.

Devices suitable for Augmented reality fall into the following categories:

Wow, as a beginner programmer I want to be part of this 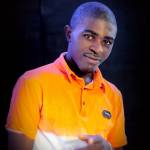 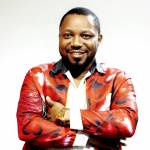